As children, whenever my cousin and I would get into trouble at my grandparents house (like the time we both sat on my little brothers riding fire truck and crushed the wheels...sorry Vince), my grandmother would say "monkey see...monkey do!" because if one of was up to something, we were both up to something.

However, in the workplace, we all know that working together does not usually come as easy. If fact, the first step in getting your team to effectively work together, is getting everyone to participate in the first place!  Not everyone on a work team is motivated to jump in with both feet and do what needs to be done to reach the next goal.

Work teams can take on a variety of forms, progress through a variety of stages, and can serve a variety of functions. Just as these team structures can vary, so too can the personalities of the individuals within those groups.  Whether the team is newly formed or one that is well-established, the participants’ approaches to how they interact in the group meeting can also vary.

Therefore, group leaders must take steps to encourage participation among new and existing team members by: (1) selecting ice-breakers and activities designed to build the team, (2) encouraging input from those who appear to not be providing input (3) clarifying the roles of each key member, and (4) encouraging productive forms of conflict...yes encourage conflict!

Newly formed teams not only have the task of achieving a shared objective, they must also conquer certain social challenges that naturally come with working with a new group of people.  One way for facilitators to begin the communication process among the group is through the use of a thoughtfully prepared ice-breaker.  I know that you and your team are too busy for childish games but ice-breakers actually serve a purpose. By lightening the mood, building familiarity, and getting the conversation started, an ice-breaker will give individuals a chance to learn more about each other’s thoughts and values.

For example, an ice-breaker might be to ask each group member to identify whether they would choose a notepad, tablet, notebook, (or nothing) if they could only take one item with them into an important meeting.  This would not only be a way to get everyone talking, but it might also give group members a glimpse into whether there was a general preference for digital media versus traditional media, or both.

Cat Got Your Tongue? Encouraging Input

At some point during the group collaboration process, the facilitator of a newly formed team may notice that there are team members who are not contributing as much as others.  In order to increase their participation, the facilitator might encourage them to provide feedback in a way that is more comfortable for them.  One attendee of a team meeting in which I recently participated, was asked for feedback when I noticed that she hadn’t yet offered any input.  She stated that she was a “processor” and typically does not have questions or comments until the end of the meeting.  Therefore, the I agreed to come back to her later.

Just as she had explained, by the end of the meeting, she was prepared to offer some substantive ideas and comments which proved to be more beneficial than a well-timed comment during the meeting would have ever been.  In order to increase participation during a group meeting, a facilitator must be able to decipher between a lack of interest and a different style of contributing to the discussion.

What Are You Good At? Clarifying Roles

Participation among the members of an existing group may be increased by involving everyone so that all talents are used.  A team may take shape in a number of ways: individual members may have volunteered to participate, they may have been selected and assembled based on their areas of expertise, or they may have been chosen based on a structure that was already in place.

Regardless, a facilitator may be able to increase team member participation by allowing each member to highlight their strength (i.e. technical expertise, task management skills, and interpersonal skills) and then by encouraging them to own project functions related to those skills.  Particularly in the case of teams whose main objective is tactical in nature, role ambiguity can threaten the effectiveness of the group.

No, I am not the producer of a reality show so I don’t mean the kind of conflict that gets TV ratings.  Believe it or not, group conflict actually has the potential of increasing participation within a team.  While conflict has traditionally been viewed as a negative phenomenon, impacting the overall productivity of a group, business psychology research actually makes a distinction between 3 different types of conflict, the most productive of which relates to the group’s task.  Unlike relationship conflict which involves resentment, defensiveness, and personal friction, task conflict can help to foster a better understanding of the task itself by “forcing people to rethink problems and arrive at outcomes that everyone can live with”.

Work teams that have recently been formed as well as teams that have a history of working together, can all benefit from having members who are willing to participate equally.  Effective facilitators should have the ability to: incorporate a team-building ice-breaker, encourage participants to contribute in ways that make them comfortable, identify the skills and roles of team members, and encourage productive forms of conflict.  With a team that is ready and willing to collaborate, team objectives may be achieved.

How do you improve participation among your team?

Heathfield, S. (2013). What is an ice breaker? About.com. Retrieved from http://humanresources.about.com/od/glossaryi/g/what-is-an-ice-breaker.htm. 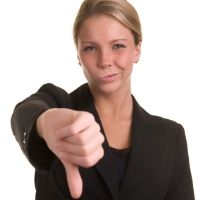